This is the second in a series of posts about the demo I presented during my “IoT and the FileMaker Data API” session.

I wanted to find a Billy Bass that was as close to the original one used in the 2001 DevCon session, so I started digging around on eBay, and this is the one I ended up buying:

When it arrived, I unscrewed the back to see how I could get at the motors (see Figure 10). There’s a small controller unit in there with wires going to the motors, the speaker, the motion sensor, and the battery compartment. 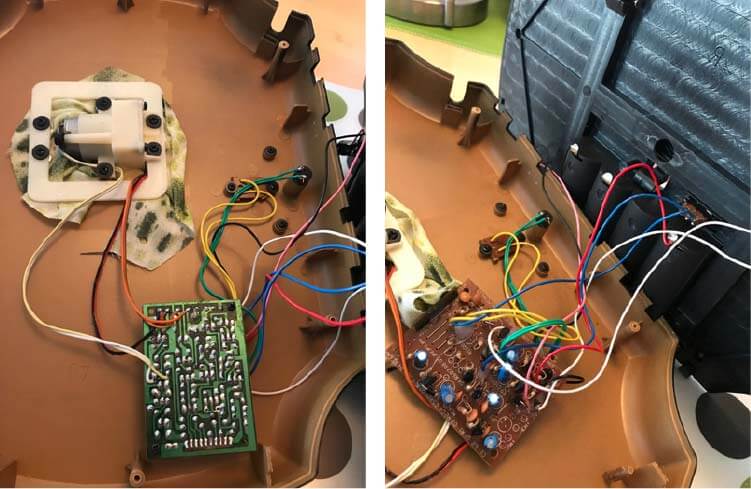 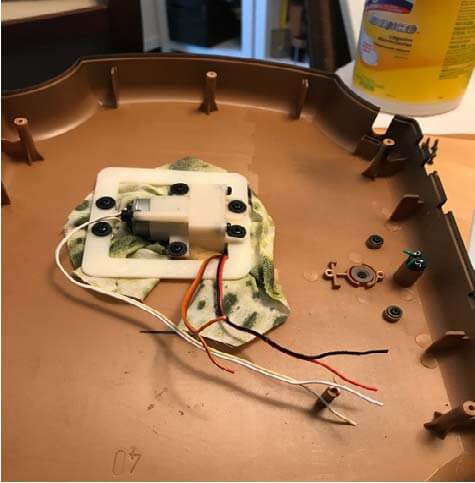 These motors are fairly basic 6V brushless DC items (as I would find out much later in the process – at this particular time in the process I saw no reason to take them out just to look at them, since I was not confident that I could put it all back together). 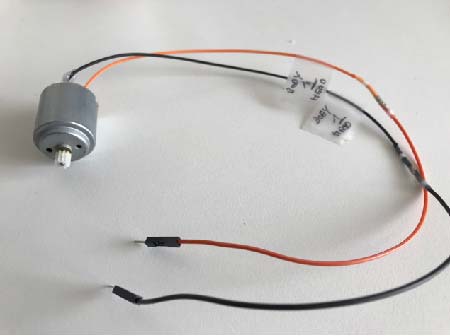 Linking the Raspberry Pi and the Motors

Now I had to find something to connect those motors to and make them run: a motor controller board that would bridge the gap between the Raspberry Pi and the motors.

As I was searching for existing Billy Bass projects (there are a few that use Alexa), I came across a small device named the Audio Servo Controller that seemed promising.

In talking to Jack – who created the board – he mentioned that he had another board that was better suited for the task: the Squawker Talker. You can see it an action in a demo video on page 2 of this thread.

Squawker Talker drives the motors and since it has a built-in 3-Watt amplifier that uses Line-In for its audio input, I could use a simple 3.5mm male-to-male audio cable from the Raspberry Pi to this unit to play the audio and connect the amplifier on the board to the Billy Bass speaker. And it comes with a power supply to drive it all. That looked perfect, so I ordered one the Squawker Talker units ($65)

When I had all the wires connected, it looked like Figure 13. The green unit is the Squawker Talker, the white unit is the breadboard where I plug in the cables. 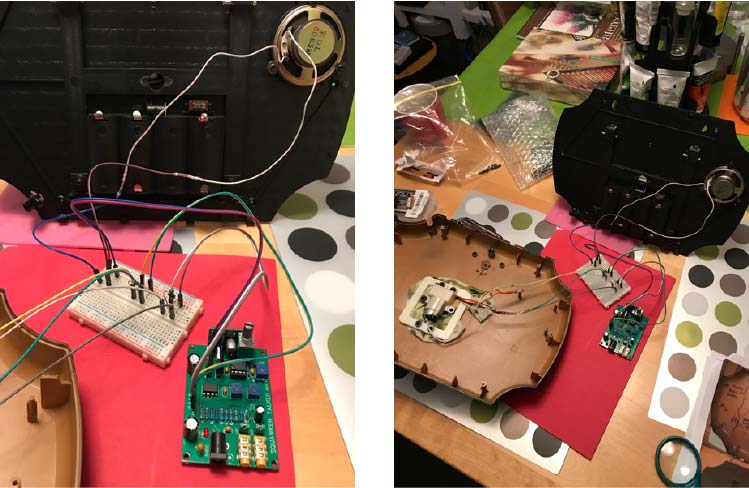 How Does it Work?

The Squawker Talker controls the motors and the speaker. So where does the Raspberry Pi come into play then? The Raspberry Pi (RPI) is the ‘connected device’ in this IoT setup. In other words, it has to run on its own, and have a connection to the internet so that it can check whether we have flagged a record in FileMaker to be played by Billy Bass.

I was already using Raspberry Pis as IoT devices to collect sensor information and send it to FileMaker Server, and I was using Windows 10 IoT as the operating system for the RPIs, so I decided to use Windows 10 IoT here too.

My preferred language for this is C#, and I have an open source project on GitHub that is a .NET wrapper around the FMS Data API (https://github.com/wimdecorte/FMdotNet__DataAPI).
With that, it was a natural thing for me to turn to C# to write the code to run the Raspberry Pi.


In a nutshell, the code does this: 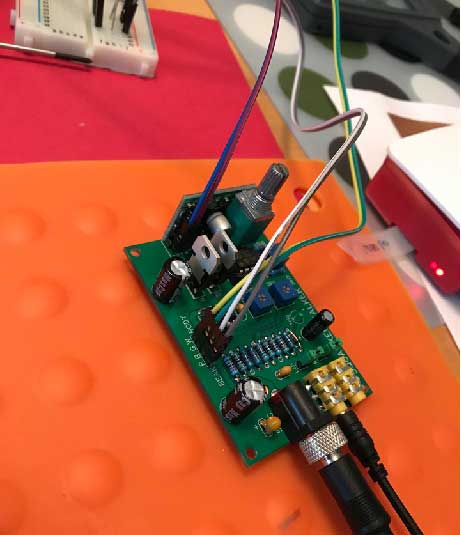 And here is the end result:

Based on the audio input, the mouth will move in sync, and you can adjust the threshold level on the Squawker Talker by adjusting screws on the board. The body and tail move randomly.

As you can see in the video, the head does not turn entirely in a 90-degree angle and I was a little unhappy about that. I wanted the head to turn all the way so that Billy Bass would look at you, as it is meant to.

I also felt that the whole construct was a little too… easy — it’s not driving the motors directly; the Squawker Talker board takes care of that.

I decided to have another go at it, and this time without the Squawker Talker board, I would do everything from the Raspberry Pi. And I wanted a fish whose head was working properly.

So, I looked around on eBay a little more to see if I can find one that is guaranteed to have a head that turns better and then find a way to interact with the motors.

In part two, I show how I used the Raspberry Pi to control the Billy Bass head.