Hit enter to search or ESC to close
ApplicationsBlog

We’re currently helping clients navigate the uncertainty ahead related to COVID-19 – how their systems can better support remote workers, enable data flow between stakeholders, and enable them to be more efficient. If you need help, please contact our team.

Google hasn’t always made it easy to manage multiple accounts that you use regularly. This is especially true if you use the desktop versions of their apps and even more so if you use multiple computers.

Lately, I’ve been working on getting my messaging through Google Hangouts set up a little better, and it wasn’t immediately obvious how to do that. I thought I’d share the setup works that best for me and provide a quick tutorial on how to be signed in to two or more Hangouts accounts at once.

Originally, I tried using third-party messaging apps like Adium to add all of my accounts. However, but you end up losing out on a lot of the features of Hangouts. I also found it to be unreliable; it would randomly disconnect my account. The official Hangouts clients seemed like a better solution to me, so I switched to that.

Personally, I find the latest iteration of the Hangouts Chrome Extension to be much better than its predecessor. The old version did not play well with multiple monitors on my desktop computer. It was also too invasive of the screen space on my laptop with only a 13-inch display. I tried using multiple Gmail windows in Chrome and popping out conversations, but that method has the same issue as the old extension regarding screen space. Windows got lost in the clutter. Instead, I switched to the Chrome App version of Hangouts. Unfortunately, Google announced in August that they are doing away with Chrome Apps entirely. (Granted, it’s not until 2018 that they’ll actually be put to rest). Fortunately, they’ve changed the Hangouts Extension to be essentially the same as the Chrome App.

What I’ve found to be the best solution is to use the Hangouts Extension along with Chrome’s ability to have multiple users signed in to have multiple Hangouts accounts open simultaneously. This method will not merge your conversations from multiple accounts into one window, but in my situation, I find that preferable.

You can now launch the extension in each window by clicking the green Hangouts icon next to your URL bar. You’ll have one Hangouts window per account. You can safely close your chrome windows without worrying about losing your chat windows. 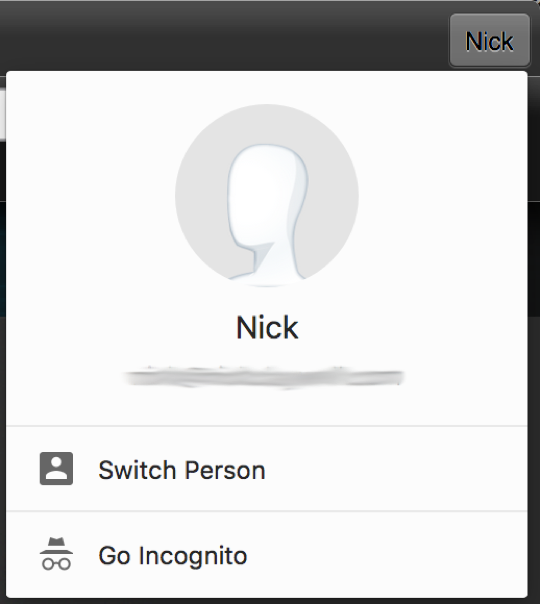 Similarly, on Android, you can go into the Hangouts app and click the sandwich in the top left, click your name at the top, and select Add account. This allows you to sign into another hangouts account. You will get notifications from both, but it will not merge your conversations. You’ll have to manually switch back and forth between accounts.

Get More Tips on Boosting Productivity for Your Team

Our team of developers has helped hundreds of organizations increase efficiency and productivity for their teams, not only with tips and tricks like this but also with custom solutions. If you have an idea but aren’t sure how to execute it, contact our team today. We can help you figure out how to make your idea a reality.

Nick is a Lead Application Developer and has been doing web development for over 10 years. He has worked for Soliant in the Chicago office since 2010. Nick specializes in PHP development and is very familiar with technologies such as PHP, HTML/CSS, JavaScript, and MySQL.