This year at the international event formerly known as “FileMaker DevCon,” I had the privilege and great pleasure of speaking about FileMaker interface design. In my presentation, “From Clutter to Clarity,” I took outdated interfaces from three legacy applications and demonstrated how to improve them, following a time-lapse approach inspired by Julia Child and Bob Ross. It was a lot of fun, especially at the end when I lead the audience in an impromptu singalong about the island of Nantucket.

“Why Nantucket?” you might ask. Well, one of my clients, Lee Real Estate, has been in business there since 1987. A couple of years ago I helped to redesign their FileMaker-based vacation rental management application. They were kind enough to let me include it in my presentation. If you’re ever planning a Nantucket vacation, be sure to look them up. They have some stunning properties! 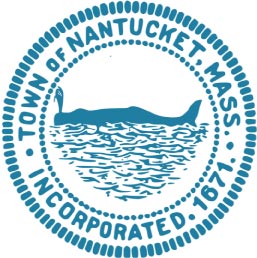 When I first conceived of my session, I imagined that I would present work I’d done in the past, showing how it looked when I started and where it finally ended up. But presenting your work at an international conference can make you see things in a new light. A harsh light. The light of judgment. The shining brilliance of your peers (and your superiors, for that matter).

In short, I found all kinds of things I wanted to improve. At first, this completely immobilized me, but eventually I turned it to my advantage. Making further improvements allowed me to watch myself at work in the moment. I could observe my dissatisfaction with something, identify the underlying problem, and describe my path toward a solution, including some of the wrong turns along the way. 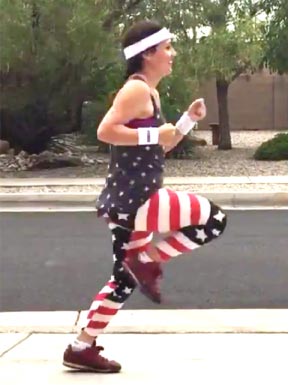 I also felt pretty strongly that the session shouldn’t focus entirely on me and my way of doing things. I talked to my friend, patriotic jogger, and favorite brainstormer Makah Encarnacao about this, and she suggested that I invite other designers to participate. As usual, she was right on the money. Four other designers also speaking at DevCon each made the time to engage with one of my four case studies, sharing how they would approach a redesign. Their generosity completely transformed my session, increasing both its range and vision. Due to time constraints, I had to cut one of the case studies, but the speaker, Ronnie Rios, included it in his session instead, so everything worked out just perfectly (dare I say it? Almost “by design”).

Each had a different approach to FileMaker interface design. If you’d like to learn more, please check out my session materials and video (which FileMaker should release in the next few weeks):

How to Start Your FileMaker Interface Design 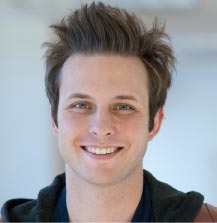 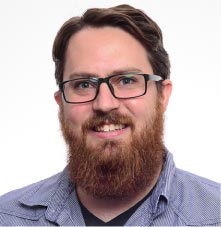 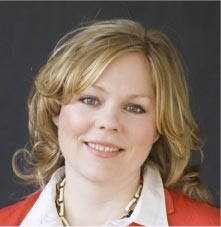 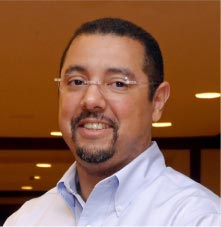 When, last month, I finally got around to posting the updated session materials, true to form, I found lots more to improve in my FileMaker integration design work. With one notable exception, I resisted the temptation to tweak things further. That exception addressed a deficiency in the booking interface for Lee Real Estate that I discussed in my talk but hadn’t solved completely. Since you won’t see this final change in my session video, I’d like to take a moment here to share it with you. 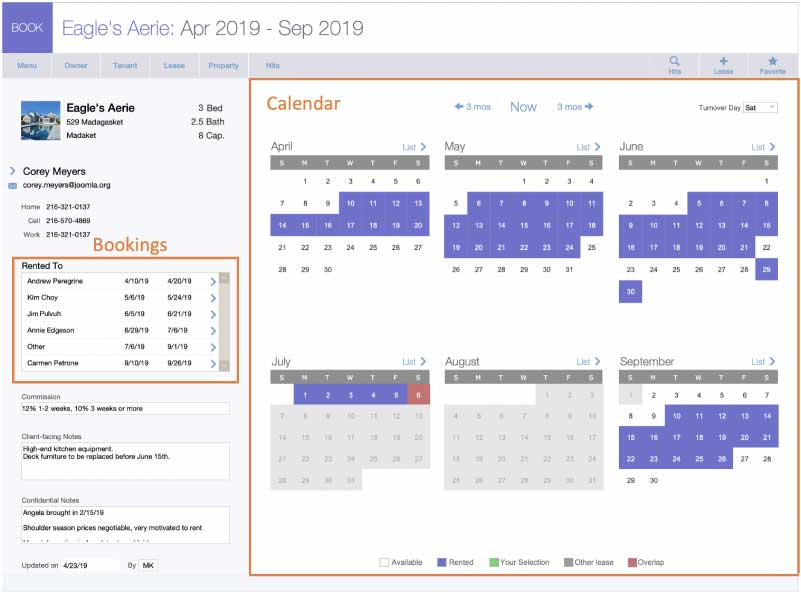 In the course of the presentation, I observed that there was no clear visual connection between the list of bookings on the left and the calendar on the right. I wanted users to be able to look at a booking listed on the left, and then be able to glance over to the calendar on the right and spot the same booking more easily. To that end, I added a button to the list which caused the same time period to be selected in the calendar (see below, selection shown in green).

Selected time period displayed in green on the calendar

While posting the materials, I realized that in each row of the list, I could provide a simple representation of the six-month calendar for the property in question. Any month containing at least one day of the booking would appear as “booked” (or greyed out if the property owner marked it as unavailable). This would provide the direct visual relationship I sought. 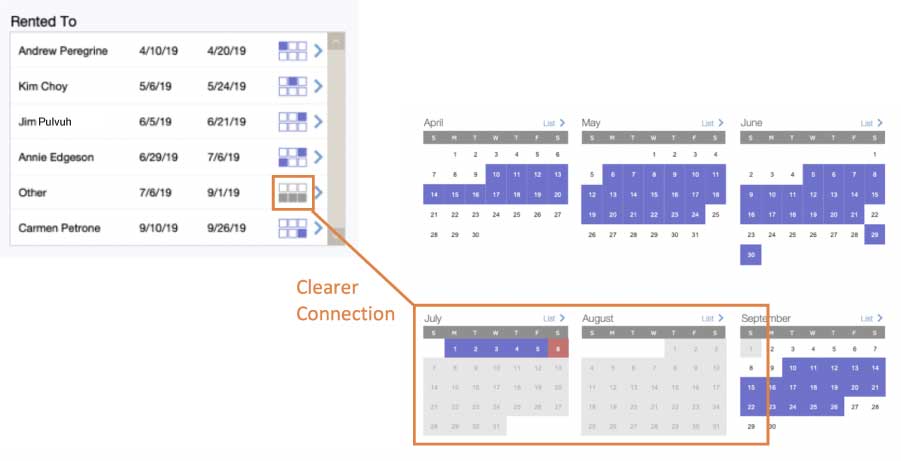 Here’s What I Did

I wanted to have six squares corresponding to the six months displayed on the calendar. I decided to use text rather than graphic objects because I thought this would render more quickly. (Please feel free to comment if you disagree).

I found extended ASCII characters for a filled box and an open box. This application is used only on macOS, so I felt reasonably safe taking this approach. I used a filled box for any month where a given reservation appears, and the open box for those months where the reservation does not appear.

In the first row of the booking portal, you see one filled square and five open ones:

I color-coded the text to match the two kinds of reservations shown on the calendar: blue for the bookings made by the vacation rental company and gray for the dates blocked by the owners for other purposes.

Next, I checked whether the reservation appeared in a given month. I created a custom function for this. It checks four different possible relationships between the reservation dates and the month in question. I decided it was more efficient to store the monthFirstDay and monthLastDay as global fields and pass them as parameters, rather than to recalculate them each time the function is called:

Here is the resulting unstored calculation which returns the special text object. It’s somewhat expensive in terms of performance, but the portal in question typically has only 4-8 rows.

Finally, I simply included this calculated field in each portal row as follows: 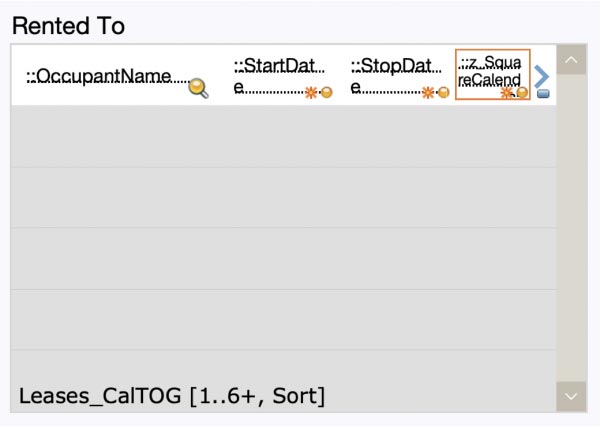 Do You Have FileMaker Interface Design Suggestions?

I’m pleased with the clear relationship this establishes between the booking portal and the calendar. Do you have any other suggestions for ways to help the user see the connection between these two things? How about ideas for improving the efficiency of the code that I put together? I look forward to hearing your ideas on improved FileMaker interface design.

Next Steps for Your FileMaker Solution

Are you looking for an objective review of your FileMaker system’s interface? My team and I can give it a look and make suggestions for improvement. Contact our team to get started.

Mark is a Technical Project Lead based in Soliant's California office. Prior to joining Soliant, he was the Technical Marketing Evangelist at FileMaker, Inc., where he helped to produce beginner tutorials, FileMaker DevCon, and FileMaker Certification. Mark has 20 years of experience as a FileMaker developer in the areas of cloud integration (Jive, Marketo, and SalesForce), hospital systems, B2B telemarketing, and trade publishing.