Day three started fresh, clear, and crisp, outside anyway. Inside my head, I was a bit tired and muddled. The week thus far refueled the inspiration gas tanks, but the actual gas tank that ran me was a little low.

Staying up late, talking, and walking half a mile to the conference area depleted my energy. A bit bedraggled, I headed out the hotel room door and began the day.

My Soliant colleagues, Anders Monsen, Dawn Heady, Mislav Kos, and Mark Baum spoke during the first half of the day, and they killed it. Mark gave a great talk on the logic behind scripts. The title, “How Scripts Think” was an awesome way to look at it. Anders delivered precise techniques for working with Perform Script on Server (PSOS) and reporting. Dawn presented some great real-world scenarios during her session on security, and Mislav helped to demystify SSL by explaining how to get and install a custom certificate. Their sessions were extremely useful for both beginner and advanced users. I bounced back and forth between these sessions to support my colleagues and to see what I could learn.

Snack time came after the morning sessions and breakfast. I weaved my way through the large food area to say hi to both friends I’ve known for many years and those I’ve just met this year. Colin is one of the latter – someone who came to his first DevCon this year. I helped him out as best I could. And I met Sarah and Clarke, two other first-timers. I enjoyed meeting them and hearing how DevCon has been amazing for them as well.

The day continued with classes, breaks, and food. I spoke once more in a session called, “Refactoring Your Skill Set: Changing How You Do the Same Thing.” In this session, I pointed out that there are many ways to solve a use case in FileMaker, and we shouldn’t stick to one just because it’s our favorite or the one with which we have the most experience. Instead, we looked at common use cases and the different ways those could be solved.

After the closing session, my Soliant colleagues and I gathered to celebrate our win and the great week. Ten speakers spoke in twelve sessions throughout the three days, and since we rarely see each other, we enjoyed catching up.

The DevCon experience was inspiring, challenging, tiring, and exciting. There is so much currently going on in the platform. People all over the world are doing amazing things with FileMaker Pro and the other apps, and I am glad to be a part of it. I’m inspired to continue my own learning on such things as FileMaker Data API and move forward and help others learn the platform the right way the first time. 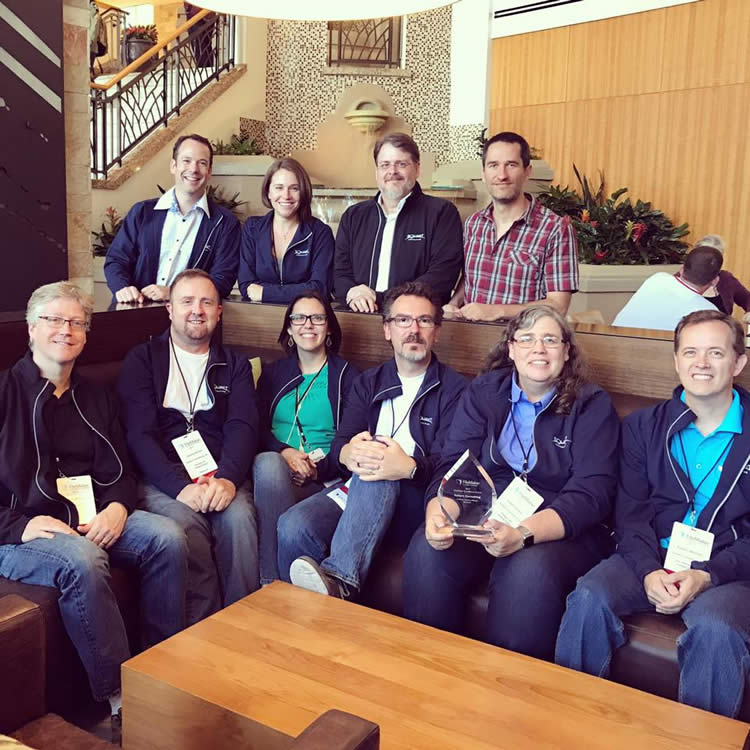 Jeremy is proud to be a certified FileMaker developer. He has worked previously at a charter school network where he built the student information system used for three schools. As with many other developers, Jeremy stumbled into the world of FileMaker and has become fascinated with solving business needs in the platform.